6 Timeless Veteran Celebrities Who Had Their Fashion Game On-Point

6 Timeless Veteran Celebrities Who Had Their Fashion Game On-Point 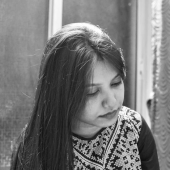 6 Ideas on How to Stay Connected During Social Distancing

Back in the day, the theatre and movie industry was truly blessed. Not only are the music of those golden days of cinema evergreen but so are the actors who starred in them. Now, there are several retro trends like ruffle sleeves and flared pants that are making a comeback. We cannot forget the veteran celebrities who made them fashionable in the first place. Today, we pick the ones whose personalities, gracious aura and amazing style sense are immortal. They are the ones that gave the now leading ladies a kickstart in the fashion industry.

Every time we talk about celebrity fashion, we mention the current generation of actors. But where does their style inspiration come from? Sonam Kapoor Ahuja in an interview stated that she takes style inspiration from veteran celebrities like Rekha and Waheeda Rahman! Let us have a look at the actresses and beauty icons who introduced the importance of fashion in mainstream cinema.

Here is a list of 6 such iconic veteran celebrities that the Millennials and Gen-Z can take style inspiration from!

Rekha is one of the most versatile actors of her time. She was and still is known for her amazing personal style. The veteran actress has been spotted several times by the paparazzi. She is seen during Bollywood gala nights and grand weddings as she turned up in the most gorgeous of sarees.

Rekha is seen in very simple chiffon sarees to the most extraordinary pricey silks. The actress is still pulling off the best Indian traditional wear in style. No doubt she brings grace and elegance through all of her gorgeous ensembles.

Not just her ensembles but she also manages to keep her jewelry on-point with her sarees. The actress has successfully become the personification of refined Indian fashion.

Madhubala is righfully known as the Marilyn Monroe of Bollywood. This veteran actress of Bollywood passed away years back but her beauty and talent are still talked about in the industry.

Madhubala is still remembered in the industry because of her portrayal of graceful and strong women in cinema. It should be noted that back in the day, the film industry had the limelight mainly on the leading men. Her influence on Bollywood cinema was so impactful that modern-day actresses still look up to her for style inspiration.

Even during the 50s and 60s, Madhubala had a very modern personal style that ranged from high-waisted trousers to simple white chiffon sarees. Her style was considered to be way ahead of time.

It has been said that among the veteran celebrities, Sharmila Tagore has been a style icon in Bollywood, And this has been for more than half a century. Her dramatic beehive celebrity hairstyle and gracious winged eyeliner have been the topic of conversation even now.

To put it rightly, Sharmila Tagore is a retro inspiration. She is the one that the actresses of the present generation try to imitate in their roles (think Shanti Priya of Om Shanti Om!)

From on-point swimsuit looks to cute headbands, this veteran actress made all these vintage looks fashionable singlehandedly.

One of the most adored veteran celebrities, Sridevi’s demise was a shock to everyone. Over her extensive years in Bollywood, the fashion icon has mesmerized viewers with her amazing talent at the silver screen.

But her royal sense of style has also been top-notch. In her later years, she styled quite a lot of ensembles by celebrity designer, Manish Malhotra. Her traditional Indian attire stood out because of its exquisite designs.

She seemed to be a fan of intricate detailing and also carried it off well. The actress has also been seen in high fashion western clothes which she also amazingly rocked. She also seemed to love casual shirts and palazzo pants for her family outings.

When we talk about bringing back 70s looks, it is mostly Zeenat Aman’s style that we are talking about. From flowy dresses with plunging necklines to the best beach looks, there is nothing she has not tried and looked good in.

Talk about ruffles and she had made it cool back then. Talk about beachy straw hats? Well, that too!

She was known for her boldness and ahead of the time fashion sense. The veteran actress always had her makeup and hair on-point and not only her outfits. We love the period when Zeenat Aman chose to go for a bob cut. Even then, all her looks are retro personified for us.

Tabu’s fashion style has not always been given credit even though she has been a part of the industry since the 80s. Viewers started to notice that her acting skills or her looks have not changed at all. This has happened with her appearance in the Ayushmann Khurrana starrer Andhadhun,

She still looks as glamorous and fresh as she did years ago. She looks elegant and graceful in all her recent looks. Her Instagram has her posing in the most gorgeous of gowns and little black dresses.

Her style is a testimonial to the changing times. From traditional to modern-day looks, she is glorifying every ensemble she tries on.

The Bollywood film industry has seen many fashion icons. Fashion tastes have changed over time. But there will always be women who are capable of freezing the frame. These are the women who are in the minds of people even after they retire. Similarly, there are also many other veteran celebrities. They include the likes of Hema Malini and Madhuri Dixit Nene. They have also lived up to their old streaks of amazing fashion. From plain sarees to elegant dresses, these we can surely look up to these stars for style inspiration.

Cannes 2019: These Bollywood Divas Looked Ethereal on the Red Carpet